The world’s cities are growing — and the billions who inhabit them need places to live and work. But how does all that construction affect the planet? 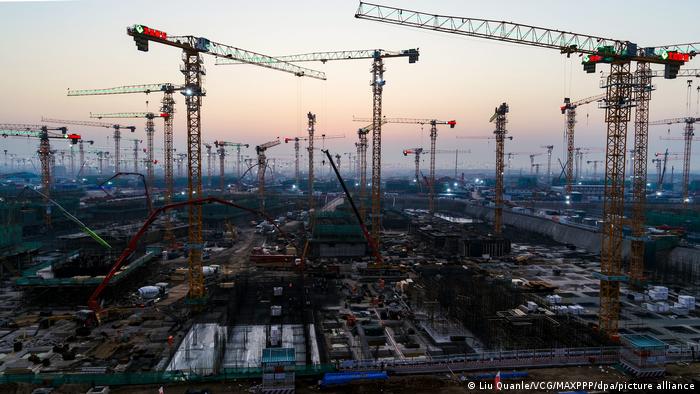 An astonishing 11,000 new structures are completed every day around the world, according to some estimates

Ear-splitting jackhammers and whining saws, unexpected delays and clouds of dust and debris — building sites are notoriously disruptive. But, unless you’re living next door, it’s not usually something that you need to worry about, right?

Well, perhaps you should. There’s a fair bit of environmental damage to consider.

The construction industry, it turns out, uses more than 3 billion tons of raw materials — including sand, wood and iron ore — every year. That amounts to 40% of all global use. There’s also the waste. So much waste. Building and demolition sites generate mountains of the stuff. By way of example, construction in the Belgian capital of Brussels accounts for about 30% of the city’s total trash every year.

And then there are the carbon emissions…

How can concrete, glass and wood release CO2?

It’s true that windows and walls don’t belch out fumes while we’re going about our lives inside. In fact, in and of itself, the stuff we use to make our buildings is relatively inoffensive. 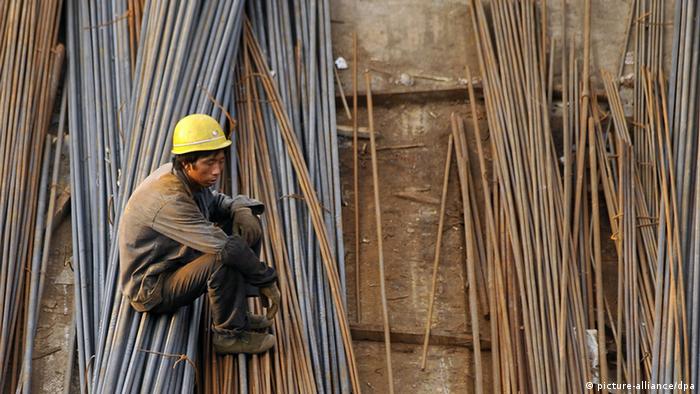 China is a major user of steel and concrete

But the act of putting up a new building requires vast amounts of energy and releases tons of carbon emissions. So many tons, in fact, that the UN Environment Program (UNEP) has said the  construction industry is to blame for around 10%-15% of the world’s total CO2 output — depending how the environmental cost is calculated.

Most of that is derived from the manufacture of iron, steel and cement. Yep, cement. It might look like a gritty gray mass with nothing to hide but air bubbles, but the cement industry is a big old polluter. Think tank Chatham House found that if the industry were a country, so to speak, it would be the third most determined emitter, after China and the United States, which still top those particular charts.

And, speaking of China, it made more cement from 2011 to 2014 than the United States did in the entire 20th century. It is also a major steel user, accounting for almost half the amount produced globally. 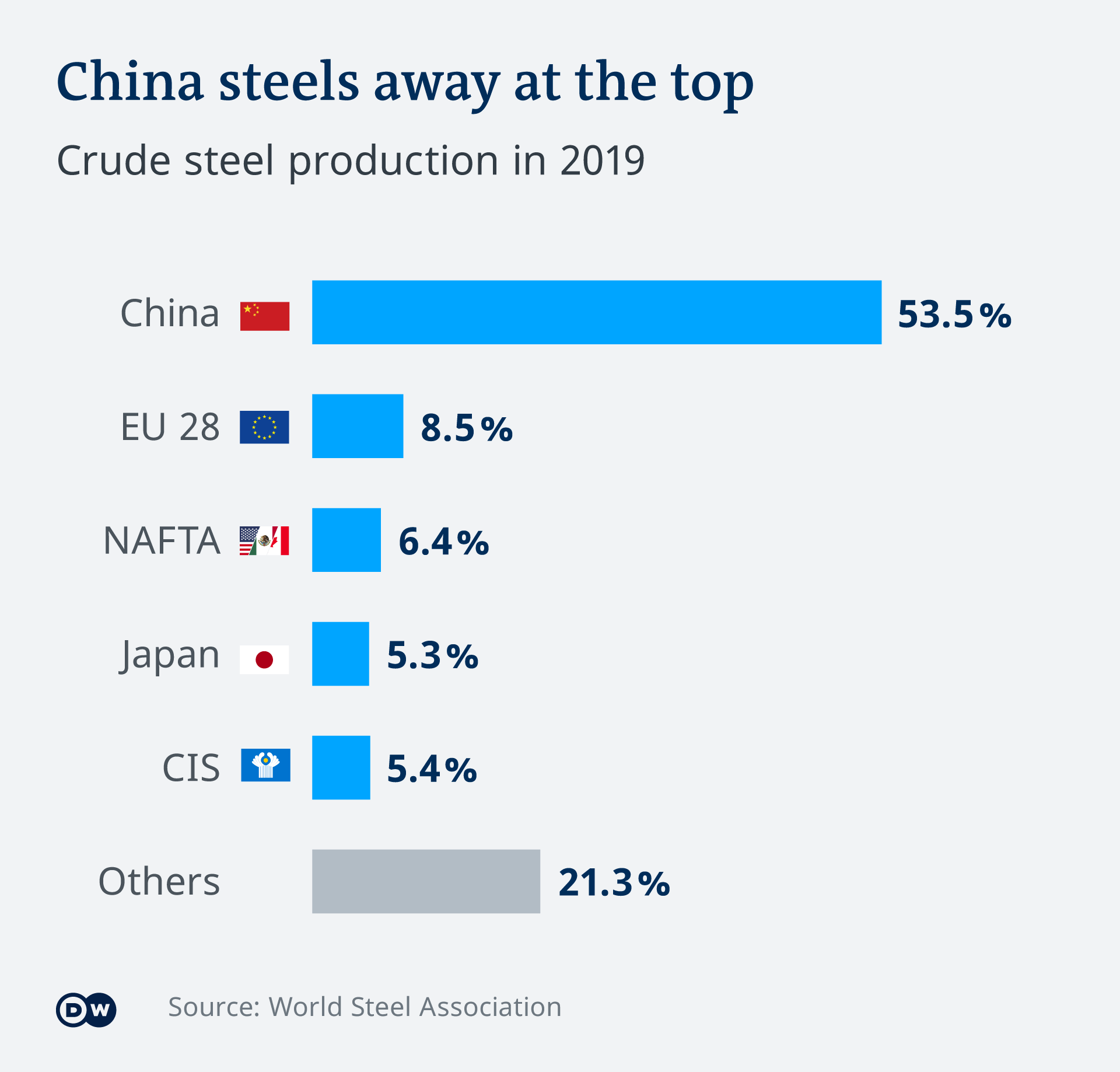 But the building sector has also been booming in other parts of Asia and in rapidly growing cities in Africa. Although COVID forced a slowdown, things are starting to pick up again and with governments eager to give the industry a boost, analysts expect a recovery isn’t far off.

Don’t look at me — I’m not building anything

Maybe not, but we all spend much of our lives living and working in buildings. And even if we don’t personally lift a hammer, someone else is, because those buildings are still going up. All the time. Literally day and night. Some estimates suggest more than 11,000 new structures are completed every day around the world. 11,000! 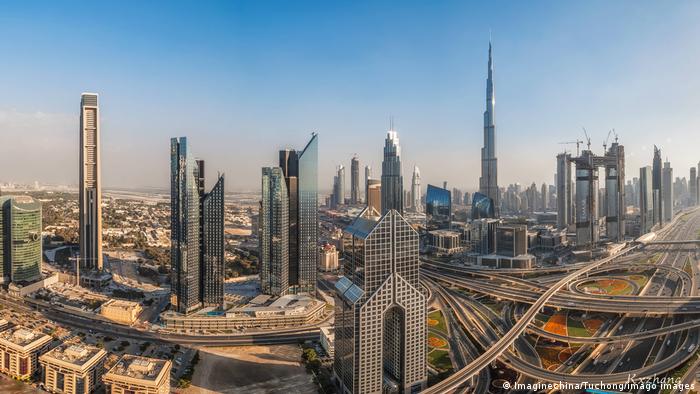 Dubai is no stranger to building big

It’s a bit of a no-brainer, but such rapid development comes with an insatiable demand for ever more raw materials. And that demand is destroying habitats and ruining lives. Sand for example, which is a major player in the production of both glass and concrete, is not in endless supply. At least not the kind of sand the building industry needs, which tends to come from riverbeds, beaches and the bottom of the sea. Sand mines are polluting rivers, killing fish and other aquatic animals, eroding land and putting lives and livelihoods at risk.

A 2019 rough estimate by UNEP found that about 50 billion tons of sand is used each year, making it the most in-demand material on the planet.

Unfortunately, deserts don’t hold the promise that their granular landscapes might suggest. Desert sand grains are the wrong shape for making concrete. Too round, apparently. And as yet, the technology to adapt it for building purposes is not a mainstream option. 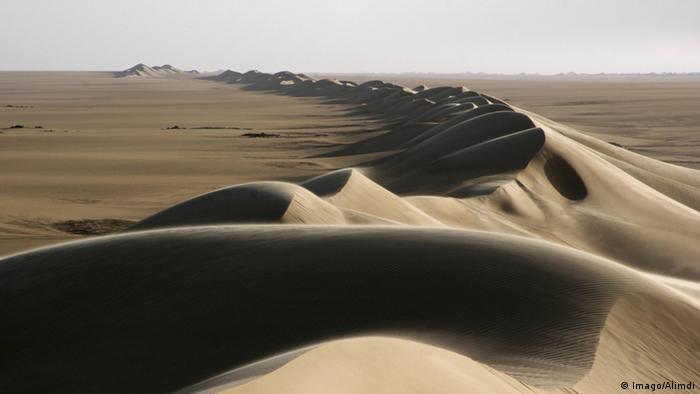 Desert sand is widely available, but the round shape of grains makes it a bad choice for construction

No sand then — what about wood?

Ahh wood … It rings with all the promise of a sustainability, and there is a whole tree farming industry devoted to lumber production. (And Christmas trees, but that’s a story for another time.)

Thing is, our appetite for wood outstrips the capacity of said tree farming industry. As revealed by the logging of old-growth forests — both legal and illegal — which has gone up significantly in the last 20 years. So much so, says WWF, that globally we are losing an area of tree cover roughly the size of the United Kingdom every year. And that means ruined habitats and spoiled land, not to mention the loss of one of our best tools in the fight against climate change. Trees, that is.

What are we left with then — Lego?

Just to skip back to the wood question for a moment, one option could be a new engineered product called cross-laminated timber (CLT), which is basically layers of wood and glue. Besides being able to sequester carbon rather than generate emissions, it’s fire-resistant and structurally strong, which makes it an alternative to steel in high-rises. Projects have already gone up in cities like Vancouver, Melbourne and Bergen, Norway. And the world’s tallest CLT building, a 29-story residential tower, is now being planned for Berlin. 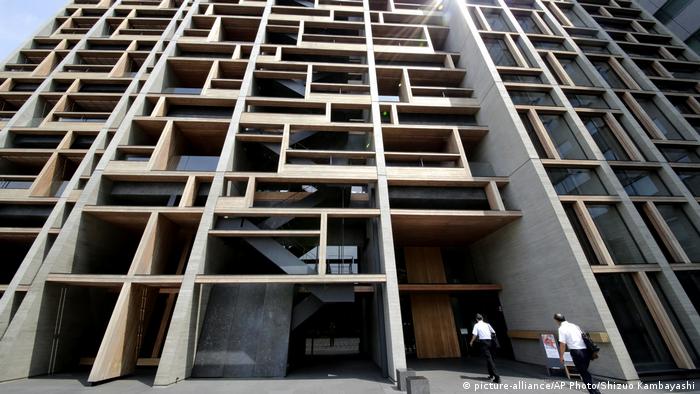 Researchers are also starting to look into ways we can reduce carbon emissions linked to the production of cement, steel and other construction materials. One method would see cement made from fly ash, a by-product of burning coal (at least until we finally kick that habit) and waste glass instead of non-renewable resources like limestone and sand.

So there are solutions out there?

Plus, they can be pricey, which is a bit of a no-no in the building sector, where cost tends to be king.

Another cheaper option is crushed up old concrete from demolition sites. It can be used as construction fill material and can even replace some of the aggregate needed to mix new concrete. 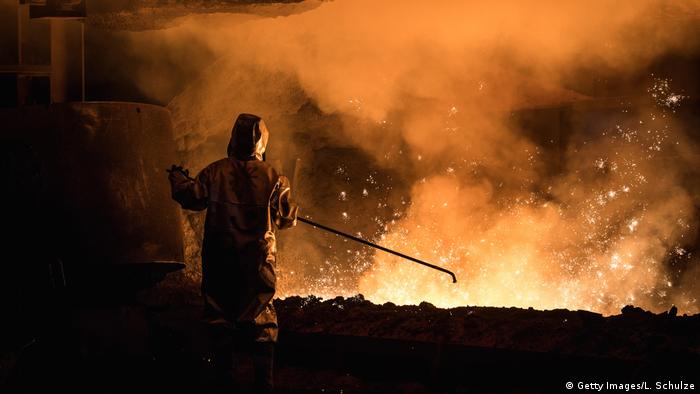 Steel is 100% recyclable, so it can be reused in new projects. Some at least. Global demand is too high to meet exclusively with the repurposed stuff.

Meanwhile, more efficient building plans, designed with material use in mind rather than cost, could drastically reduce what’s needed.

Better yet, we could start only building when it’s absolutely necessary. Older structures designed to last for decades don’t always have to be knocked down to make way for something new. They can be given a new lease on life, such as factories turned into apartments, or abandoned shopping centers transformed into a community center or a school.

The possibilities are endless. The resources, however, are not.