Then the COVID-19 pandemic hit, shutting down whole industries like hospitality and aviation and forcing people to stay home in order to help slow the spread of the novel coronavirus. Fortunately, most states and local jurisdictions declared construction an essential service, so many contractors were able to work through the strictest of lockdowns, but some owners and developers put a halt to their building plans or canceled them altogether.

Now that the U.S. is more than a year into the COVID-19 outbreak, what happened to construction activity in the mini megacities? Are they still booming?

The good news is that it appears that COVID-19 couldn’t dampen enthusiasm for these cities nor what made them boomtowns in the first place. Here is where they stand today: 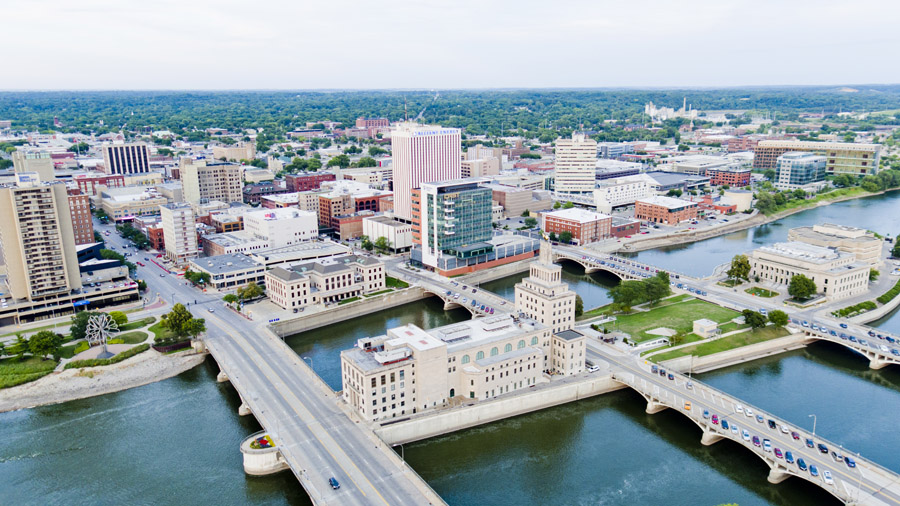 Cedar Rapids and its surrounding communities are used to facing — and overcoming — challenges. Property-damaging flooding has always been an issue there. In fact, according to the city of Cedar Rapids, historic flooding and tornadoes in 2008 cost the Federal Emergency Management Agency $848 million, the agency’s sixth-largest declaration ever. Total property damage was estimated at $6 billion.

“We feel as a community, if we can recover from the floods of 2008, we can meet any challenge,” said Ron Corbett, business retention and expansion strategist at the Cedar Rapids Metro Economic Alliance. “And that’s the spirit that’s in the in the community and obviously the business community and the citizens.”

Cedar Rapids’ recovery from the COVID-19 pandemic, he said, has been made easier because the state wasn’t as restrictive as others during the pandemic when it came to shutting down certain sectors, so it has taken relatively less time to bounce back.

And businesses have kept the construction business busy there as they keep sinking their dollars into capital projects — $539 million during 2020. This includes the “home run,” Corbett said, of BAE Systems’ $139 million aerospace research, development and manufacturing facility.

“We feel like we’re almost back to where we were,” he said.

The construction business in Ohio’s capital has had its share of ups and down since the pandemic hit, said Barton Hacker, president and CEO of Associated Builders and Contractors Central Ohio Chapter.

From March until about August of last year, contractors, part of an industry declared essential in Ohio, were busy “burning through” the area’s sizable backlog, he said. In August, however, owners and developers started to pause some projects, leading to a slowdown in building activity and concern about the future among many contractors.

Ironically, the high level of activity during most of 2020 made many contractors, who thought they would need financial help to get through 2021, ineligible for the second round of Payroll Protection Program loans that required proof of a 25% drop in revenue.

However, fast forward to March, Hacker said, and many of the projects that were on hold restarted, and contractors are once again as busy as ever, barring some slowdowns in certain sectors like state-funded school projects and hotels.

The big question, he said, is how office construction will pan out. Columbus is home to large companies like Chase Mortgage that have decided to keep some employees working remotely, which has reduced their need for building space.

But the steady stream of new residents into Columbus, which the pandemic did not stop, has created a major demand on the residential side, including high-rise condominiums.

“Things are going quite well in Columbus,” Hacker said.

Nashville is another city with a thriving construction industry despite the pandemic. The city issued $4.4 billion of building permits between March 21, 2020, and March 20, 2021, according to the Nashville Department of Codes and Building Safety records. This is an increase of more than $400 million from the same period between 2019 and 2020.

While residential construction drove almost half of those numbers, the rest represented a wide variety of new commercial projects, both new construction and renovations.

In addition, tourism has not slowed down in Music City, said Clay Crownover, president and CEO of the Greater Tennessee Chapter of Associated Builders and Contractors, and new residents are moving to Nashville in droves, driven in part by relatively low taxes and corporate jobs.

“There were a few shutdowns, but [those projects] were back up and rolling pretty quickly,” he said.

What continues to be a challenge, though, is finding enough skilled workers, Crownover said. To that end, his ABC chapter is expanding its apprenticeship program so that it can train more workers. The chapter is about to graduate 96 students, had more than 425 enrolled this year and wants to expand to support 625.

“Hopefully, we get more guys and girls into our system so we can train them and get them employed,” he said. 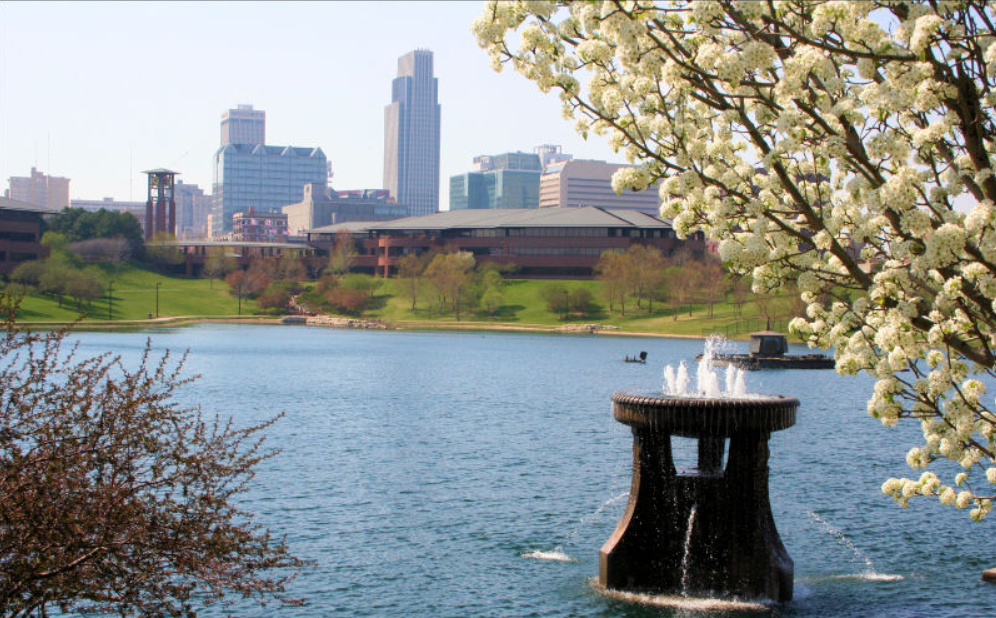 Omaha, said Jean Petsch, executive director of the Associated General Contractors of America’s Nebraska Building Chapter, was another city that had a pause in construction toward the start of the pandemic but returned to normal activity shortly thereafter, primarily due to a governor that limited restrictions and shutdowns and designated construction an essential service.

And like other cities where construction was deemed essential, there was a brief pause as contractors determined how to keep workers safe while still moving forward with their work, Petsch said.

Aside from that, there haven’t been any real swings in construction activity, she said.

And with all that goes hand in hand with being a construction boomtown comes the necessary maintenance, repairs and expansion of roads, highways and bridges, said Katie Wilson, executive director of the AGC Nebraska Chapter, whose members perform that horizontal work.

Projects are fairly well funded but should get a boost from the American Rescue Plan Act, she said.

Wilson did not comment on exactly how much would be used for state DOT projects but told Construction Dive that the state DOT has said that some will go toward infrastructure preservation and maintenance. Each U.S. state is set to receive $100 million and can use the money for construction projects or other initiatives deemed necessary.

One problem Omaha does have — one that it shares with many other cities across the country — is a lack of material availability.

“[It’s] the biggest headache have from the last year,” Wilson said. 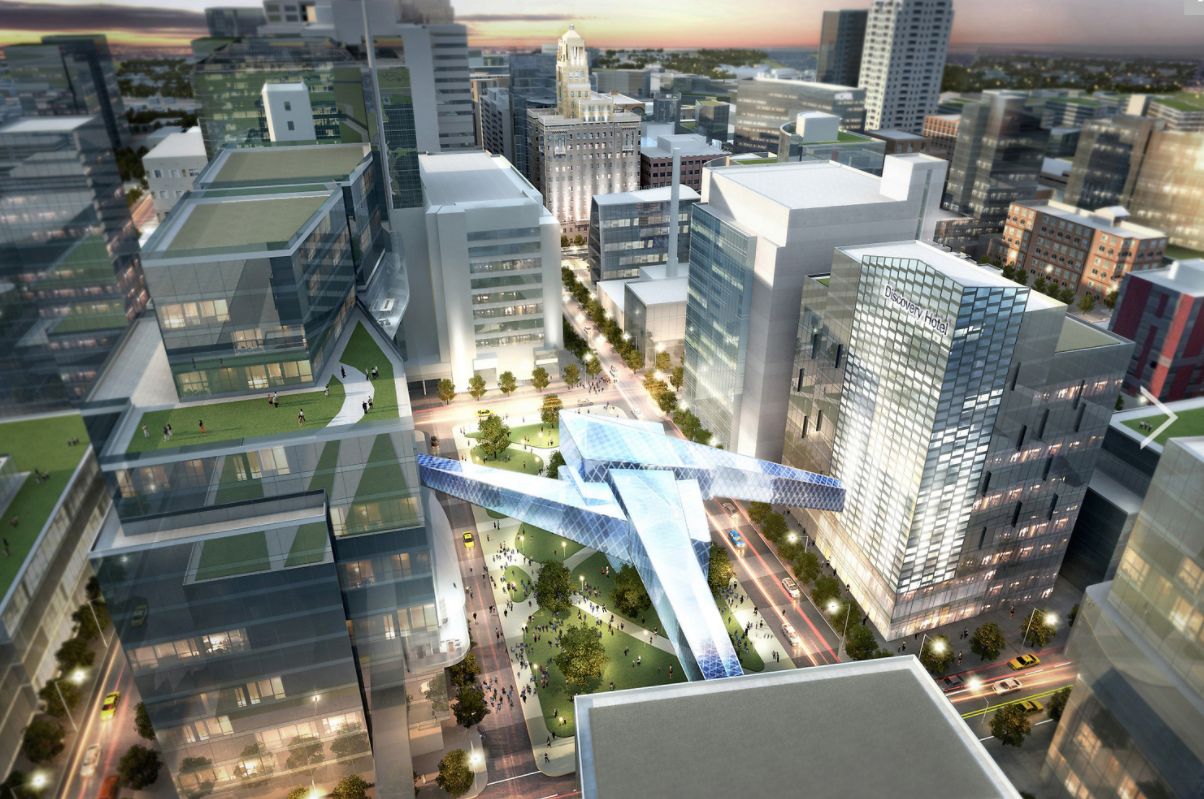 As far as pandemic recovery goes, it doesn’t hurt to have one of the most recognized and respected names in healthcare — the Mayo Clinic — as the driver of economic activity. In fact, according to Patrick Seeb, executive director of the Destination Medical Center Economic Development Agency, Mayo employs more than 30% of Rochester’s 110,000 residents. The DMC project is a 20-year initiative that will see Mayo, private developers and the state of Minnesota invest billions in the creation of a global healthcare destination.

When the pandemic first hit, however, there was a lot of uncertainty about what it would mean for the city as Mayo canceled elective surgeries and treatments in order to get ready for a potential “onslaught” of COVID-19 patients, he said.

“Mayo Clinic had to prepare for the unknown in terms of COVID cases and the impact that the coronavirus would have on treatment protocols,” Seeb said.

This resulted in a three- to four-month pause of about 100 construction projects totaling $150 million, he said. But by June, it was apparent that the number of hospitalized patients would not be as high as originally feared, so Mayo resumed elective procedures and construction projects restarted.

Seeb credits Mayo’s deep cutbacks at the beginning of the pandemic as one of the reasons that the health system was able to resume its construction program so quickly, and he doesn’t expect any significant delays as those projects continue.

In fact, general contractor and developer Mortenson broke ground on its second major project in the DMC in September, and, last month, private investment in the DMC surpassed $1 billion.

“I would say that in Rochester, what people have come to realize is that our economy is so strong, in spite of a pandemic, because of Mayo Clinic being the engine,” Seeb said.